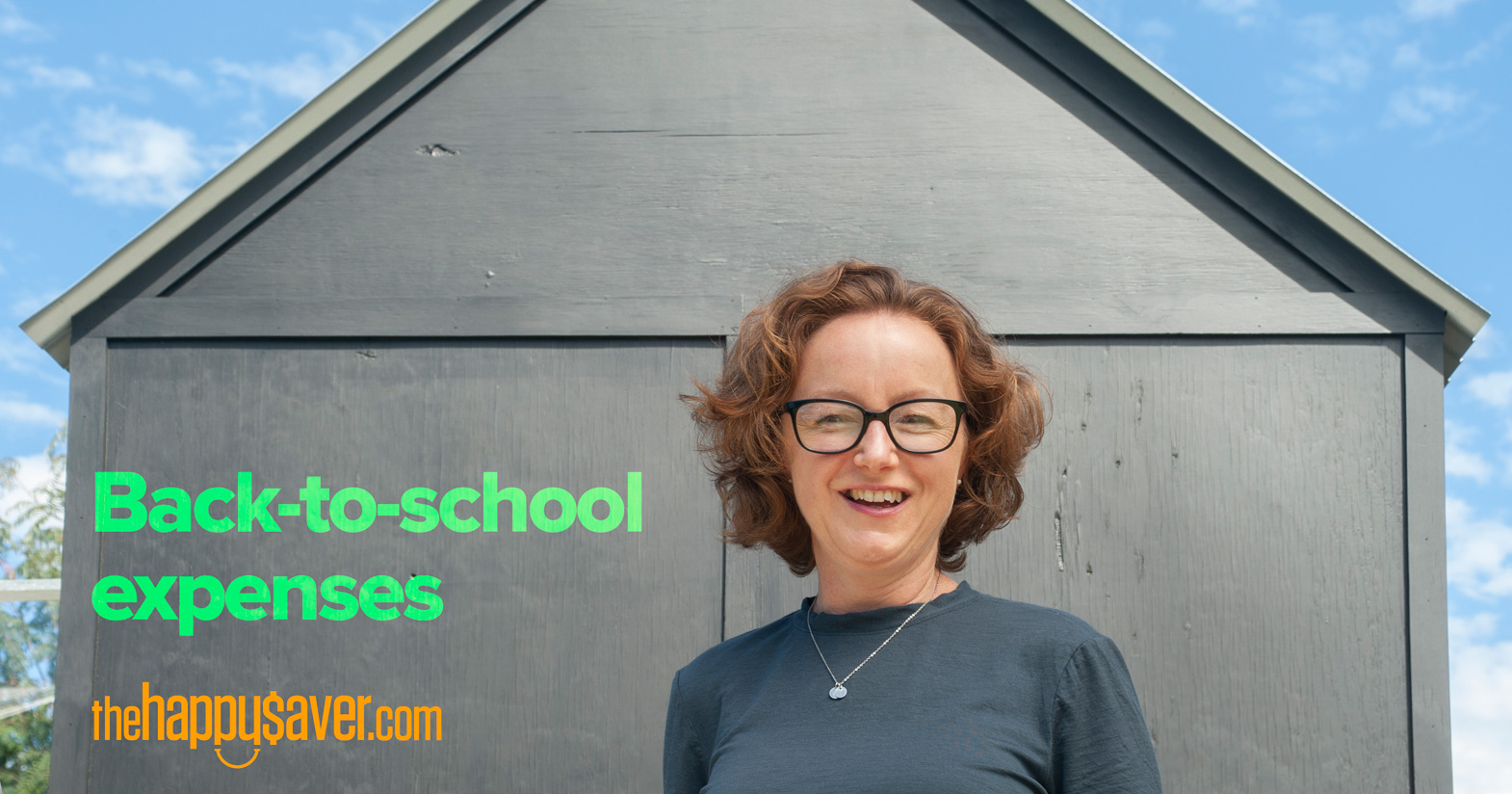 My Experience With Back to School Expenses

All parents will know the simultaneous joy of dropping the kids off on their first day back at school (yay, quiet house!) and the dreaded knowledge of how much emptier their pockets are (boo, back-to-school expenses!). Ruth The Happy Saver shares her experiences now that her daughter’s started high school. Non-Kiwi readers, prepare to be shocked at how much our school uniforms cost!

Many parents face the prospect of a budgetary blowout every year when the time comes for their kids to head back to school, myself included. There is a lot more to it than packing a lunch box and waving them off at the gate. The setup costs to get your child ready to study can either be financially straightforward or put the whole family under substantial financial pressure.

If you have a child, then the reality is that for thirteen long years, these costs are going to come up, but the good news is that with a bit of planning, we can each be ready for them!

Listening to playground gossip can pay off

One of the biggest tricks I have learned for preparing myself for these costs is to listen to parental playground gossip.

If you spend any time at all lingering outside the classroom when picking up your kids, I can tell you that, particularly at the start of the year, the talk will turn to the costs of getting kids equipped for learning. Parents who already have kids at school have the real intel because they have something on the rest of us: street smarts when it comes to saving money on your kid’s school expenses!

Many shops create beautiful stationery items, and you could spend a fortune on just the right hue of highlighter. We’ve told our daughter her that she will need to use her own money to purchase anything from those sorts of stores.

I asked many questions and gleaned information about back-to-school costs such as uniform, stationery, fees, extracurricular expenses, and the biggest one of all, a laptop. As a result, these have been on my radar and factored into my PocketSmith budget well in advance. Years in advance, in fact, and that is the trick to preparing your wallet - plan ahead!

Fees are just the beginning

Fees were the least of my financial worries. I rang the school, and they told me they would be about $75 a year. There will be some additional activity costs, but they are currently unknown, and it depends on how sporty my child wants to be and how many clubs and groups she joins. By talking with other parents, I’m budgeting somewhere between $200 to $400 spread over the year for costs that could be sprung upon me at any point, so I won’t be financially surprised when I receive the invoice.

Technology does not come cheap

The most significant expense for us by far was buying a laptop at the cost of $1,750. We spoke to parents and a teacher and asked if this was a cost we needed to spend on a Year 9 student (a high school freshman for those outside NZ).

Teachers are great; they understand that every family is facing costs, and they will always offer a variety of solutions. They told us that our daughter’s Chromebook would be fine to start school with, but they said that most kids transition to laptops over time because it has broader functionality for some subjects. The school also has computers for kids to use so there is no pressure to bear the cost if we could not do it. It was our choice.

So, I chose to save up for it well in advance.

Then, as the new school year drew closer, we scouted for deals and bought a new laptop. There were several moving parts to paying for this:

All up, we spent $970 on her laptop, which will last her for the rest of her time at school. And because she has put her own hard-earned money into it and because her grandparents have helped out so much, you better believe that she is treating it with care!

There will be some unexpected software costs, I’m sure, so I’m factoring in $130 for this expense. It may not be needed, but it’s covered if it is!

One helpful tip is to find out what items actually get worn and to only buy those. For example, the kids have the option of wearing sandals in summer, but no one ever does, so I didn’t even bother buying them.

I bought a mix of new and used so this should give you an idea of the average cost of school uniforms. As the year progressed, I did manage to pick up a school dress for $10 (saving me $105) and a jersey for $20 (saving me $110). I then had to buy the rest new:

An unexpected cost was $17 on gimmicky gear in her “house colors” when they are required to dress up for school events. I knew that this would save the panic of needing to find something green one morning before school, which would have us rushing to the shops. This way, she is sorted for the year!

I knew that shoes would be expensive – the pair that a teacher and other parents had recommended cost $150. After waiting for a sale and using coupons we found, we bought them for $90. It just took a little planning. Simultaneously, I was also given a second-hand pair in the next size up that someone was giving away, so that should see her sorted for quite some time!

The uniform expense that is the most crippling is the winter kilt at the cost of about $350. I’ve not been able to find one second-hand, so I’ve paid the $50 deposit and am reluctantly having one made, and this should hopefully see her throughout her time at school.

We had several old uniform items from her previous primary school. Though we could have sold these items to offset current costs, in the end, I just paid the goodwill forward and donated it all to a family who needed uniform items.

All up, we spent $803 on the uniform, with almost half of that cost being one winter kilt! As the year progresses, we will need to buy some other small items. But we will purchase these on an as-needed basis.

Get moving and get stationery

The final item on the back-to-school list was $90 worth of school supplies and stationery. I avoided all the fancy stationery stores, and off we went to our cheapest stationary shop with a list in hand scouting for the best deals.

First, we looked through all of the stationery that was still good to use from last year, reducing our overall costs. Our daughter was fine with this. Many shops create beautiful stationery items, and you could spend a fortune on just the right hue of highlighter. Still, we set the standard early for our daughter by telling her that she will need to use her own money to purchase anything from those sorts of stores.

And she did just that when she bought a new pencil case to hold all of her generic brand pens and pencils.

For an entire year before I was to spend a single cent, I created a budget in PocketSmith and set aside $40 a week to cover future costs.

After this big back-to-school blowout, I’ll continue to set that money aside and forecast forward what I’ll have available next year. I don’t miss that money each week, and it just really evens out the financial whammy in January each year.

Most importantly, I’ll continue to bring my daughter into this conversation to be aware of the costs and take part in saving up for them and taking some ownership of them. At the end of the day, I feel that it is my responsibility as a parent to cover these expenses. Still, it’s also my responsibility to teach her the cost of living because school is often the precursor to further education.

If she is empowered and educated to make significant financial decisions as a teenager, she will carry those skills to adulthood. 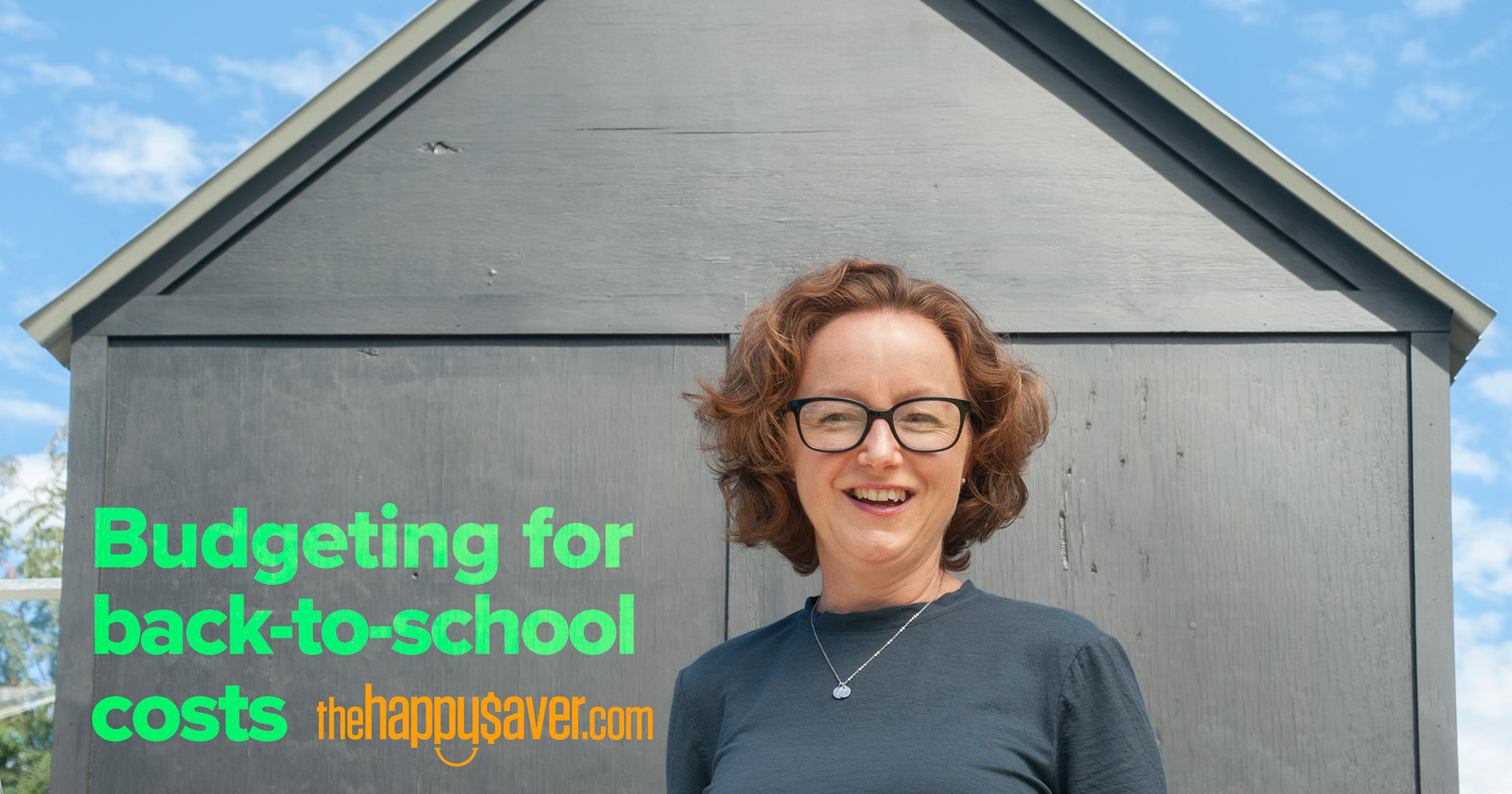 Six Steps to Plan for Back-to-School Expenses
How do you avoid a back-to-school budget blowout? Ruth shares six steps that will help reduce the stress that is associated with this expensive time of year! Uniforms, stationery, extracurricular activities and school trips, she’s got it covered! 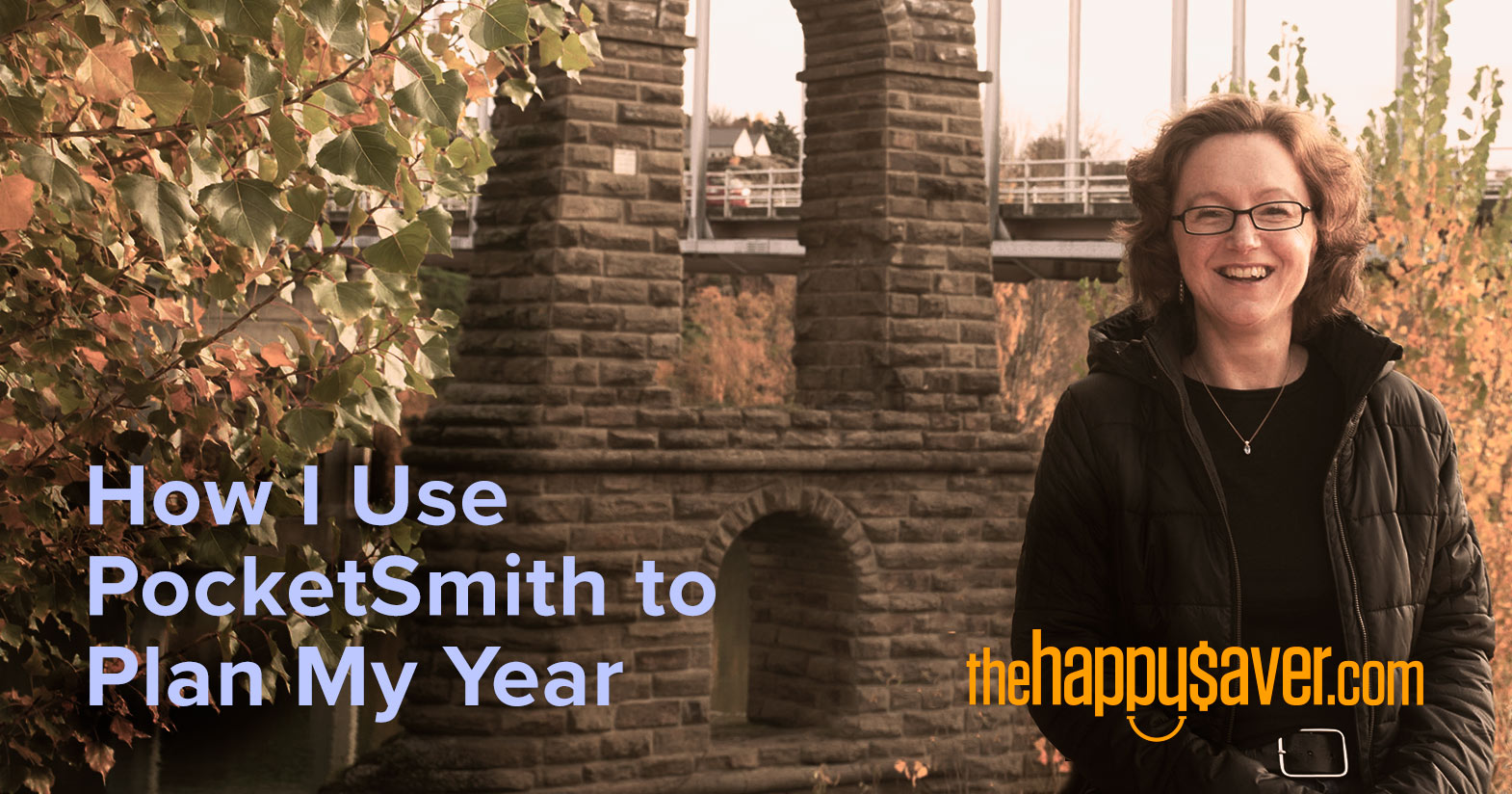 How I Use PocketSmith to Plan My Year Ahead
At the start of every year, household CFO and happy saver Ruth Henderson uses PocketSmith to plan her family’s finances for the year ahead. Budgeting, she says, is the key to financial freedom. Find out which three PocketSmith features she considers essential to helping her family achieve their money goals. 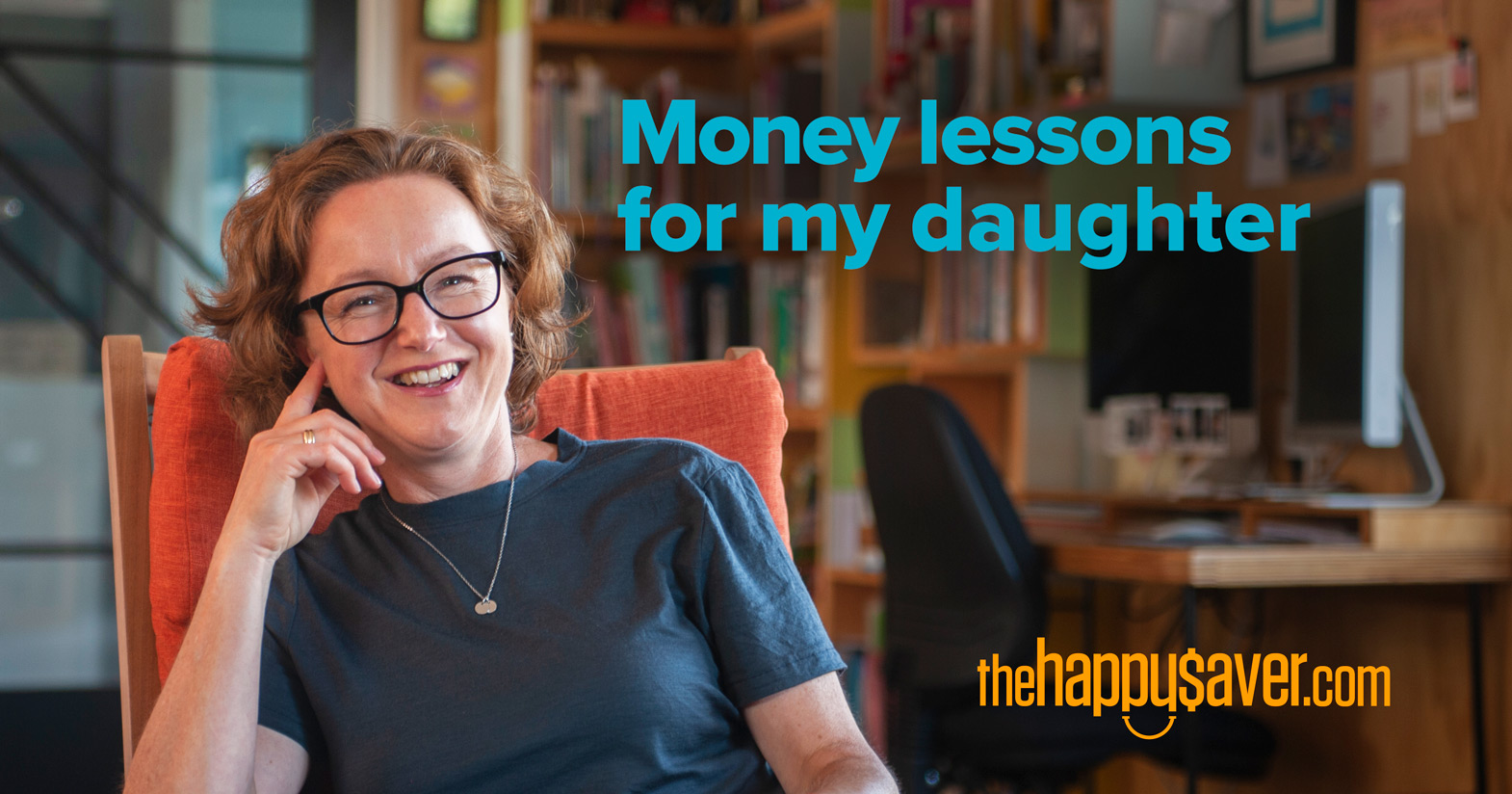 Money Lessons for My Daughter
In Ruth’s home, conversations about money happen everyday, and helping her daughter level-up financially comes as naturally as equipping her with essential life skills like cooking! In her latest article, she shares six tips for teaching kids about money.