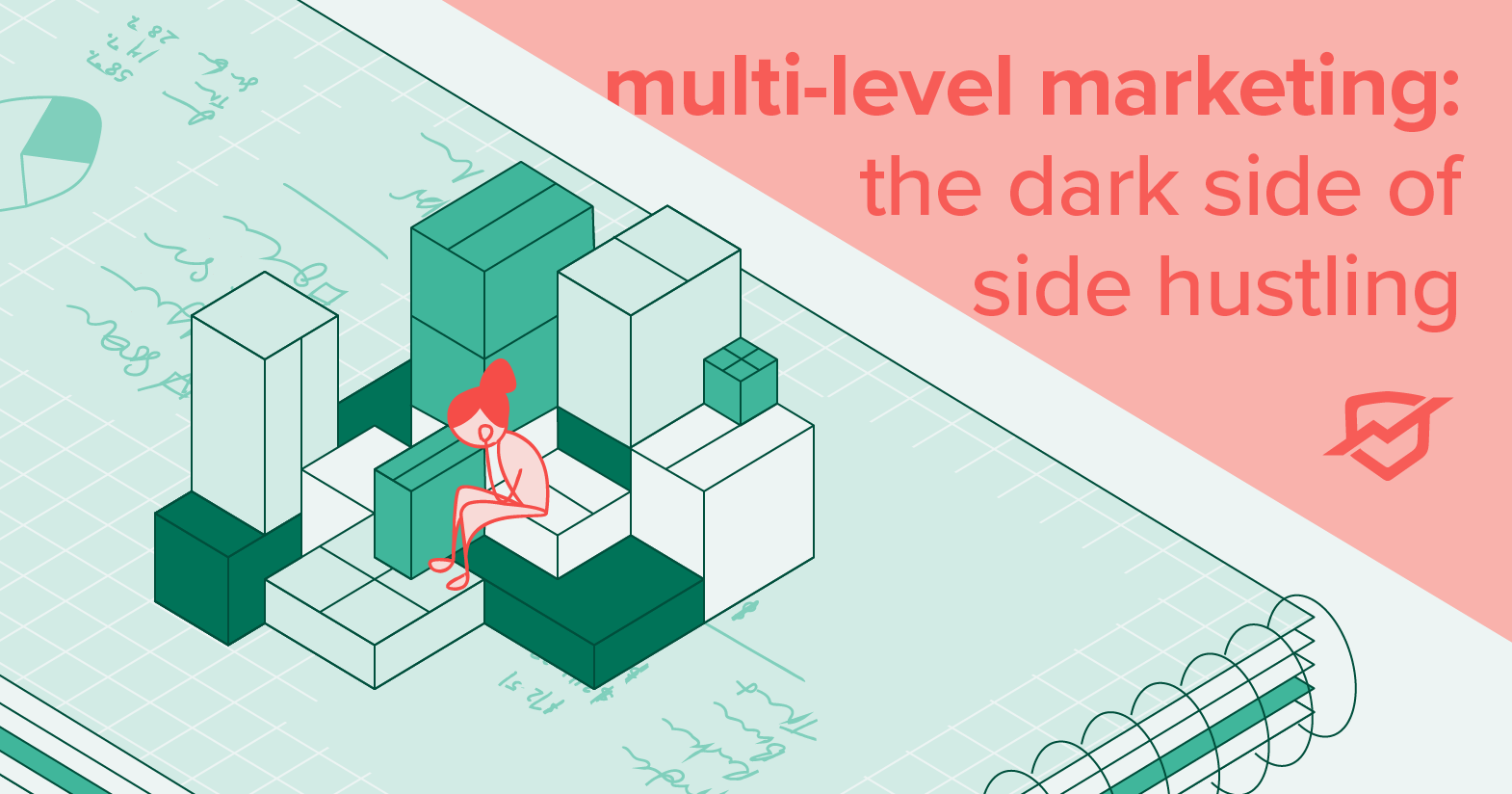 Multi-level Marketing: The Dark Side of Side Hustling

Multi-level Marketing, or MLM, as it’s more commonly known, is a polarizing topic. Proponents preach about its power to transform your lifestyle for the better. Opponents tell cautionary tales of misleading claims, social pressure, and loss of money. What is certain is that MLMs are as popular as ever before. Let’s take a deep dive into this world and find out why many regard it as the darker side of side hustle culture.

The last 18 months have given us never-before-seen headlines. Worldwide lockdowns, border closures, air travel down 60%, Olympics postponed. Amidst all this pressing global news, one headline might have slipped by unnoticed: In 2020, direct sales reached record highs.

The Balance describes direct selling as a business model where independent representatives or distributors sell a company’s products or services directly to consumers. Sales methods include going door-to-door, online channels, or home-based parties. There is no fixed retail location and direct sellers often work out of their homes.

What is MLM and is it the same as direct sales?

MLM exists within the sphere of direct sales. The key differentiator is that in MLM businesses, independent contractors make money from an additional stream over and above direct selling — by recruiting new distributors and earning commissions based on what they buy and their sales to retail customers. Your recruits, the people they recruit, and so on, become your sales network, or “downline.”

In other words, MLMs encourage participants to recruit others in order to make money. When they do so, they get a cut of whatever the person in their downline sells and whatever is sold by whomever that person recruits. And so the commission earnings go, on and on.

If this sounds dangerously like a pyramid scheme, it’s because many MLMs are scams in disguise. According to the US Federal Trade Commission (FTC), an MLM is not a pyramid scheme if it pays participants based on their sales to retail customers without recruiting new distributors.

Why do people join MLM schemes?

MLM companies market themselves as opportunities for people to own a business and be their own boss. Most people who join MLMs do so with the hopes of earning extra money or achieving financial freedom. Pre-pandemic, a 2018 AARP Foundation study found that 63% joined MLMs to make money through direct selling, 23% joined to recruit others to sell, and 43% joined to purchase the company’s products and services at a discount for personal use.

The pandemic has only made MLMs more alluring: the idea of working from home and setting your own hours holds obvious attraction during an economic downturn when many people are out of work or have had their paid work hours reduced. In an April 2021 interview, a spokesperson from Canada’s Better Business Bureau noted that online posts using buzzwords and phrases like “be your own boss” and “work flexible hours” have proliferated, making MLMs more attractive and aspirational.

Who is the typical target of an MLM?

Ask any mother standing at the gates of a suburban primary school, and chances are, she’s been invited to an MLM home party by another mom. Whether it’s Tupperware, Scentsy, dōTERRA, Arbonne, Norwex, Amway, she’s likely been pinged in a Facebook event or group invite.

That’s because the typical MLM consultant is female and in a relationship. The 2018 AARP Foundation survey found that the majority of MLM participants — 60% — are women. 76% of MLM contractors have no prior experience in commission-based sales and 72% are married or living with a partner. 55% also worked as a paid employee while participating in MLMs.

The pandemic has only made MLMs more alluring: the idea of working from home and setting your own hours holds obvious attraction during an economic downturn when many people are out of work or have had their paid work hours reduced.

Harnessing the power of female networks is nothing new. Avon pioneered network marketing in the 19th century, depending on women in rural America to endorse and distribute products to their friends and generate demand through word-of-mouth.

Fast forward to the present day, social media and other digital platforms have supercharged that word-of-mouth aspect. Instead of going door-to-door with products and in-person demos, MLM associates now use Facebook groups, live streams, and Instagram to reach out to new customers and recruits for their downline.

Can you make money from an MLM?

The short answer is, yes, you can. But the vast majority of participants do not.

The 2018 AARP research revealed that 73% of people who participate in MLM schemes either lost money or made no money at all. Of those who said they made a profit, more than half (53%) made less than $5,000 in a year.

In a typical month in 2019, dōTERRA states that “about 389,975 US Distributors ordered products for resale from dōTERRA and about 152,069 of them earned money from their sales and the sales of those they sponsored.” Simple subtraction tells us that 237,906, or 61%, of dōTERRA associates did not earn anything.

And if you look even more closely at the earnings table, you’ll see that all earnings stated are before expenses. That means that even for the top 10% of Distributors (all 24,978 of them) who earned more than $1,260 a month, they’d have to factor in the expenses of running their MLM business, which could include the costs of buying products in the first place, costs associated with promoting the product, postage, transport, and most of all, time incurred.

Through that lens, the percentage of MLM associates who actually lose money, probably comes closer to the findings of a 2011 Consumer Awareness Institute study of 30 MLMs that found that over 99% of participants actually lost money. The study accounted for expenses including the products that distributors had to buy themselves just to qualify for commissions or bonuses.

The numbers don’t quantify the full human cost when MLMs go wrong. Just look at the price that millennial women paid for getting involved with leggings company LuLaRoe. Their jarring stories have even been turned into an Amazon Prime Video docuseries called LuLaRich, to be aired on September 10. Watch the trailer here:

Why are MLMs more popular than ever before?

We’ve talked about how MLMs sell the dream of entrepreneurship and financial freedom. But let’s examine two other crucial aspects: the power of relationships and behavioral psychology.

Jennifer Chatman, an organizational culture professor at the Hass School of Business at the University of California, Berkeley explained that multi-level marketing companies share similar traits as cults.

“What cults do is they try to recruit people based on relationships. They say, here’s a person who is very similar to you and you should forge a relationship with them and they’re going to be really nice to you.”

The typical MLM’s recruitment playbook targets people who are at vulnerable points in their life — maybe they’ve recently lost a job, or had a baby, suffered a bereavement, or have incurred debt.

In a revealing 2019 interview, Business Insider spoke to three former MLM distributors who were all told to specifically recruit as many mothers as they could. They went into mom groups to identify women looking for friends, or who were in financial strife.

And then, there’s the prevailing ethos in developed, capitalist countries of meritocracy; specifically the Just World Fallacy that tricks 64% of Americans into believing that determination and hard work are the most important success factors in life.

In short, we’re human, and we’re wired to buy into dreams.

Amidst the boom year that MLMs have had, a groundswell is mounting. A counter anti-MLM movement helmed by individuals who have been moved to action by the ethics (or lack of) of the industry. There’s the anti-MLM movement on TikTok, Instagram accounts like themlmbossbabe that create shareable content to educate people about MLM tactics, the lively anti-MLM subreddit and, if you’re into podcasts, the excellent Stitcher production, The Dream.

Tech corporations are coming to the party too. In December 2020, when TikTok announced its updated community guidelines, it became the first social media platform to ban MLMs. This is a significant shift, especially since on TikTok, “flexing” your possessions and achievements is part of the platform’s universal language. Cutting off that channel for MLM associates to recruit downliners, via showing off their commission statements or sponsored car, is a blow to the sector. 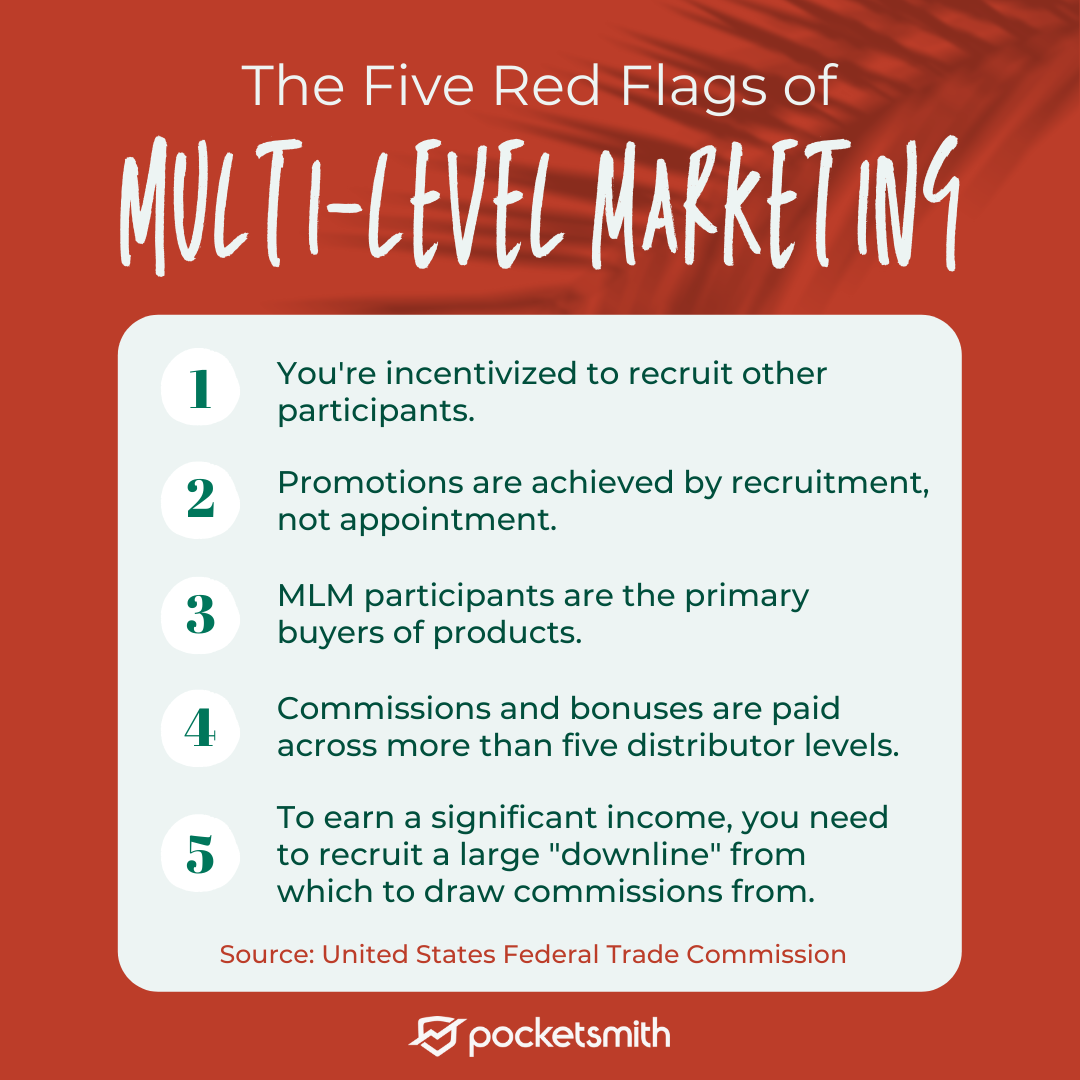 The five red flags of MLMs

How can you tell if you, or a friend or family member, are caught up in an MLM? Aside from the niggling dissonance you might be feeling at gut-level, the FTC highlights five warning signs to help identify MLMs:

As 2021 continues in its uncertain glory, we know that decent, hardworking people around the world will continue to be caught up in MLM schemes. And it’s up to each of us as individuals to be as informed and discerning as we can, to prevent these companies from preying on that one stubborn, human trait we all share: hope. 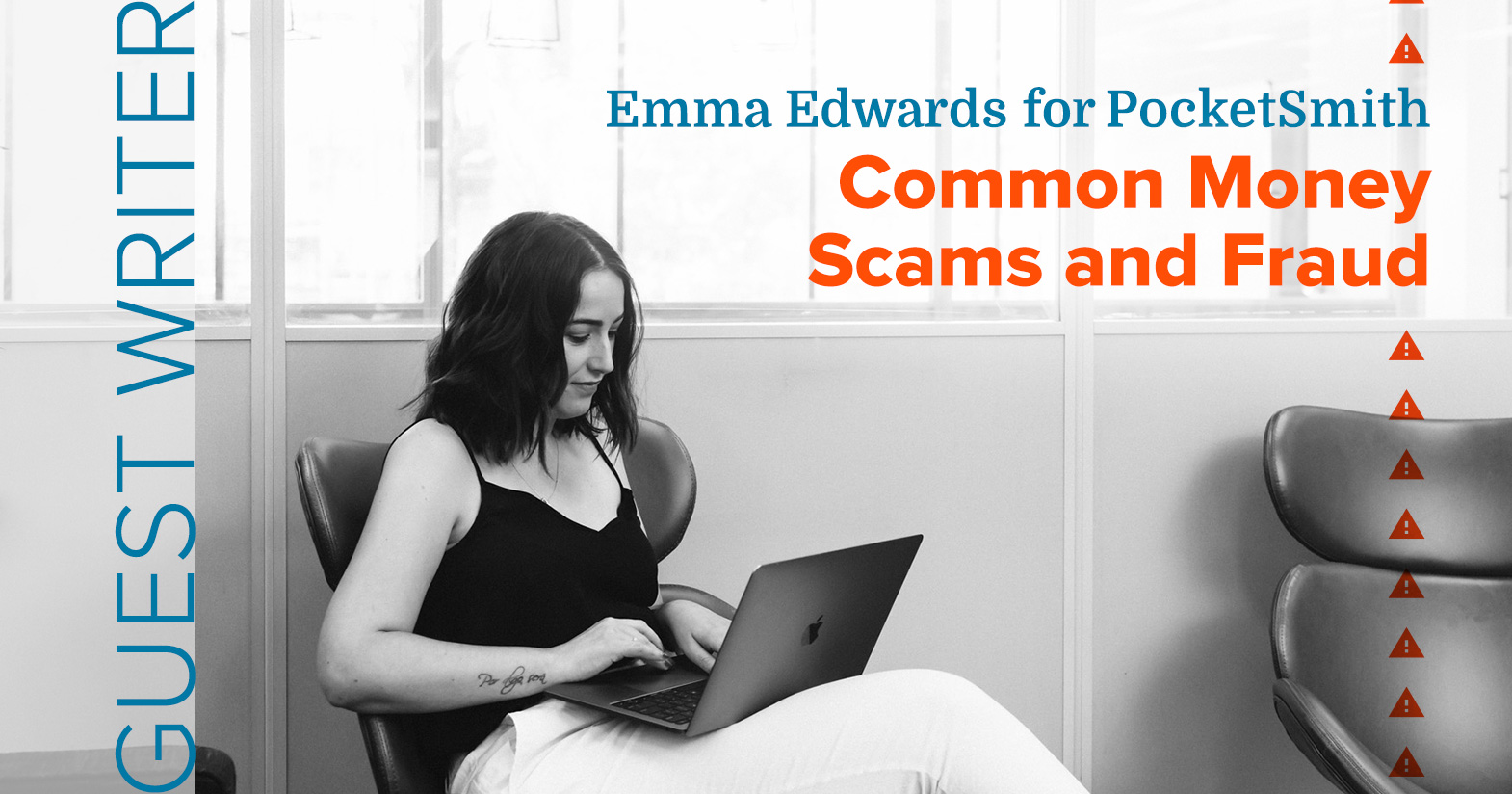 Common Money Scams and Fraud Pitfalls to Watch Out For
No doubt you’re not a stranger to scams — you’ve probably been hounded by an unknown number, or had a suspiciously constructed email show up in your inbox. Money scams and attempts to fraud you are a dime a dozen. But what other scams are you likely to come across? Emma from The Broke Generation explores today’s common money scams and fraud. 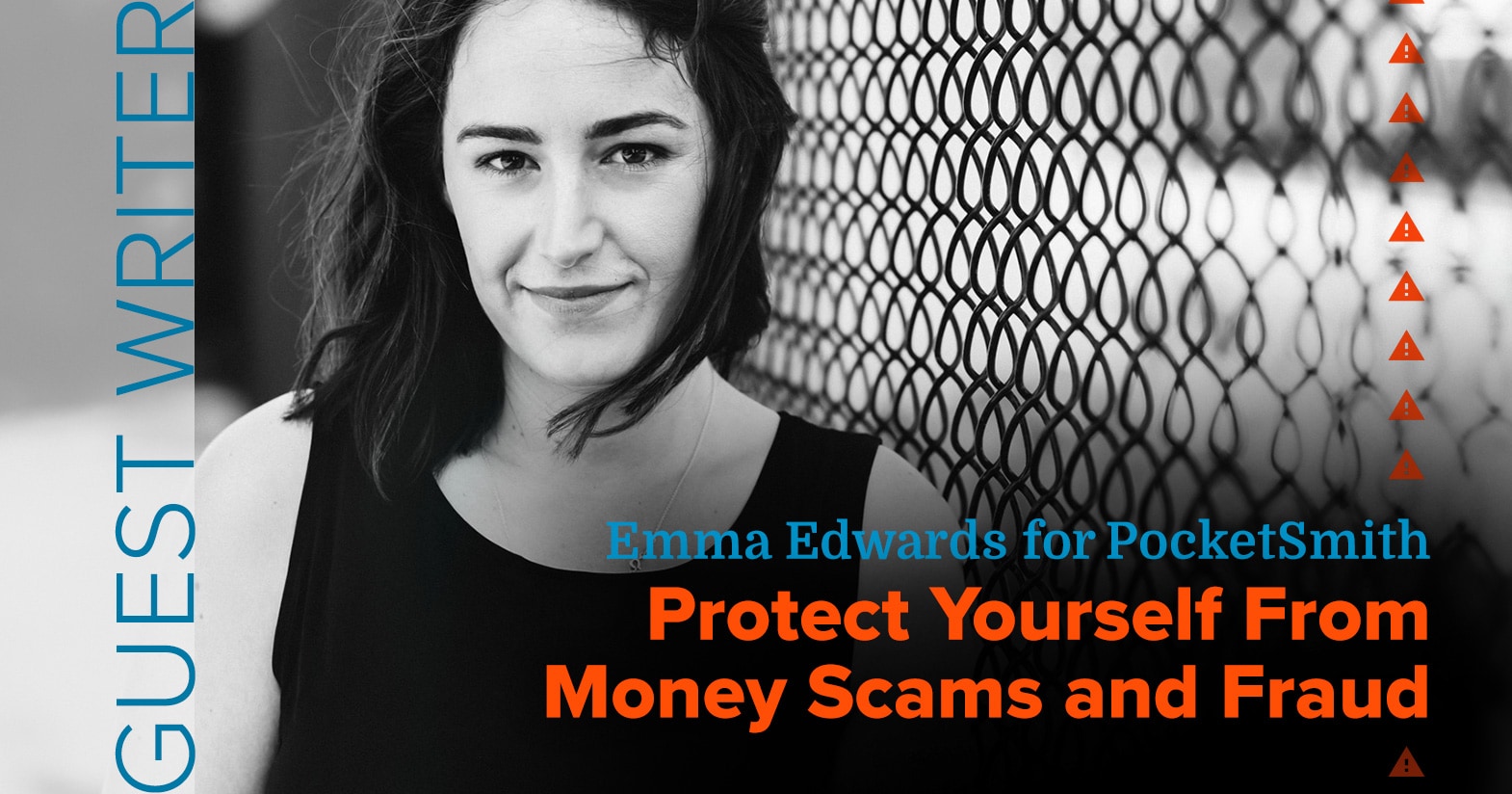 Ten Tips to Protect Yourself From Money Scams and Fraud
Do you have a secure password? And are your devices secure? There are plenty of actions you can take to ensure your money and related data are protected. In the second part of our fraud series, Emma from The Broke Generation shares ten ways you can defend yourself from would-be hackers and scammers. 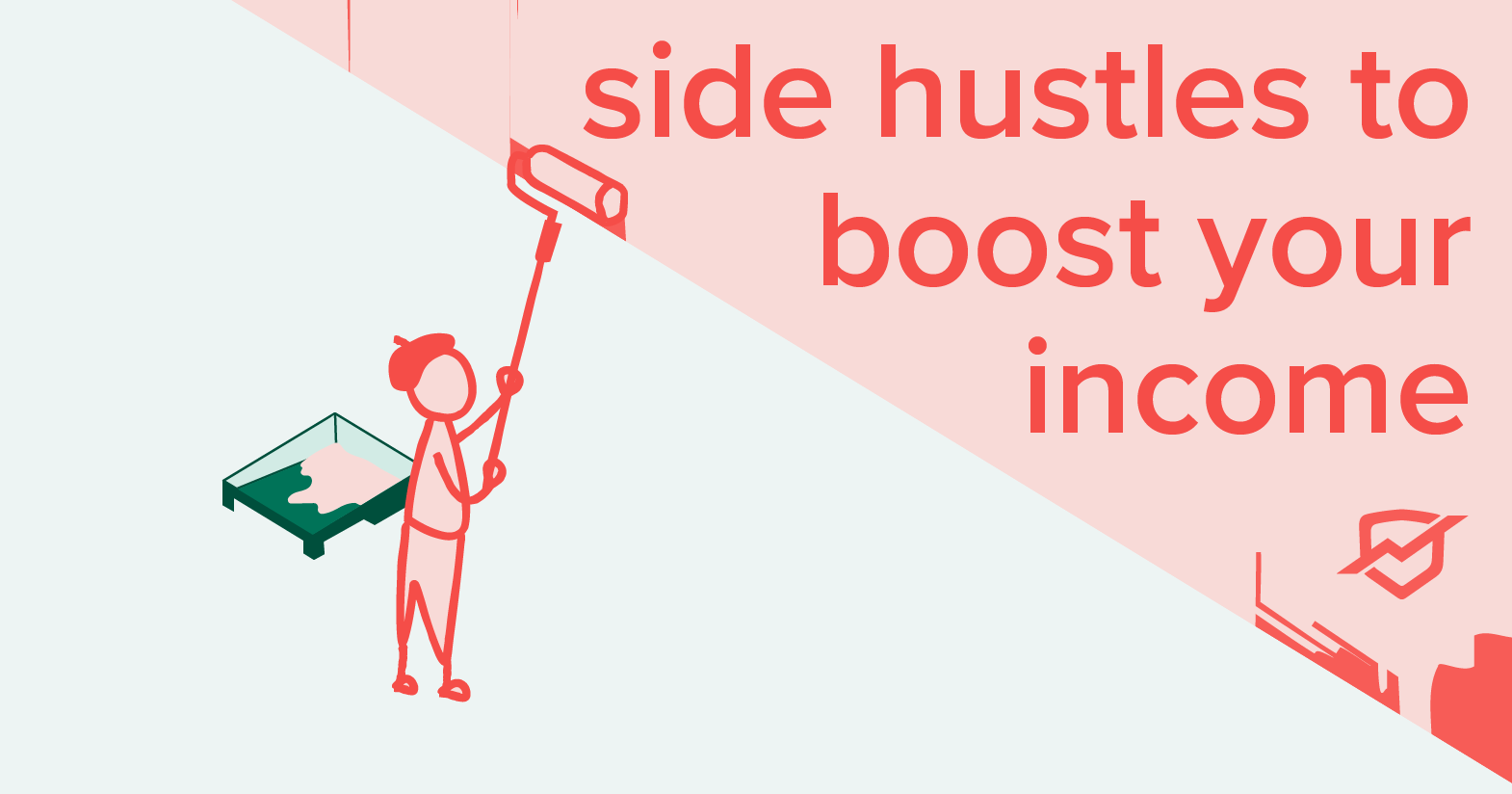