Two hours downtime for scheduled maintenance and upgrades will occur at on Wednesday June 10 at 9 AM NZST / Tuesday June 9 at 5 PM EDT / 9 PM UTC. Back-end database upgrades are being performed to set up for the upcoming user interface release, and requires that application servers are taken offline. We expect the upgrades to take an estimated 2 hours.

Check Twitter for updates during the downtime at http://twitter.com/pocketsmith. Thanks for your patience!

Update: unfortunately things are taking longer than expected. Downtime has been extended by an hour, meaning we’ll be back at 8pm EDT / 12pm NZST. Apologies for the delay! 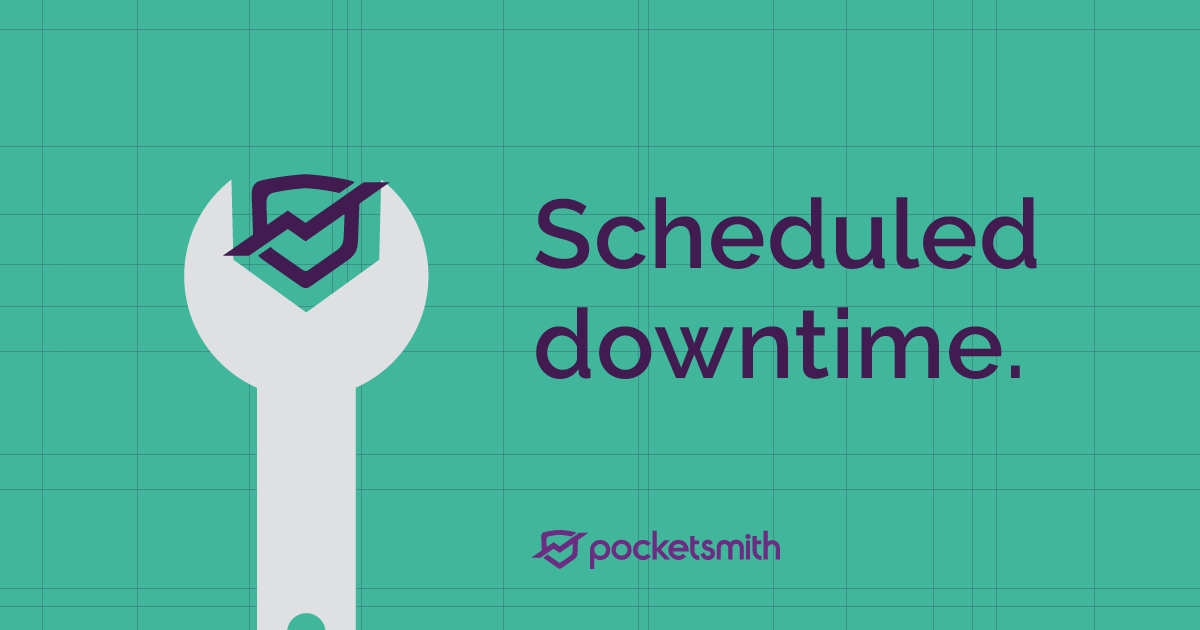