What we're working on now, and other recent releases

It’s been 6 weeks since we launched the new Bank Statements page and search. The feature has been received extremely well, and it has also saved us significant amounts of time when finding transactions in using PocketSmith ourselves.

Since this launch, we’ve been pushing out improvements across the application, both minor and significant. We’ll run through these below - but first, let’s talk new things!

What we’re working on right now

With the new Bank Statements page released and fixed over the past weeks, we’ve been able to make significant progress on two long standing roadmap items.

Firstly, the way that graphing is approached has been re-written. The graph has been repositioned to make the app more usable, and significant behind the scenes changes have taken place, setting things up for more graph and chart options to be released, including the long awaited roll-up budget analysis. The first round of these changes will be released early next week.

Secondly, our full multi-currency implementation has been gathering steam. The first release will focus on displaying converted account balances, so PocketSmith can display unified net worth across all accounts, optionally converted to a base currency. We expect that beta users will be able to start using this by the end of October.

We introduced a new Income and Expense report into beta a few weeks ago, which allows you to display Actual versus Budgeted amounts for a specified date range, for either all accounts or any individual one of them.

There is much room for improvement for this new report still, however we hope that this early release is still useful to you! 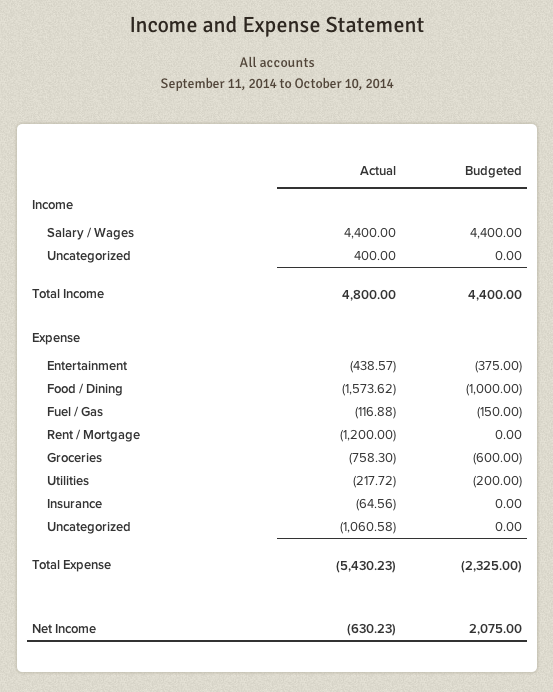 Net Worth has received a number of upgrades over the past few weeks, based on user feedback and using the feature ourselves. Aside from bugfixes, we’ve released the ability to be able to link liabilities directly to an asset, plus improvements in balance information and account link display.

Send to Xero feature in beta

If your company uses Xero to manage it’s books, you’re now able to send your business receipts and expense claims to Xero from PocketSmith. Once you’ve established your connection with your business on Xero, you’ll be shown a link in the transaction edit form to “Send Receipt to Xero”. Clicking this lets you enter the receipt details, and then you send it straight to Xero. More details can be found in the knowledgebase article. 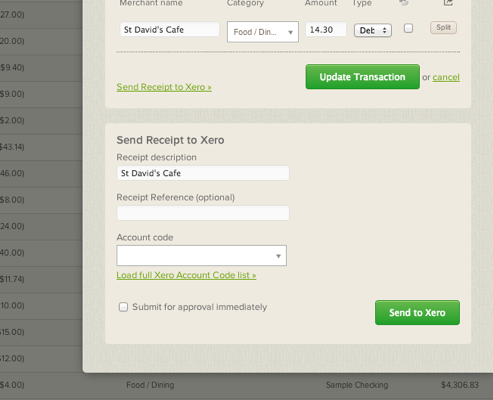 We recently released a new tour system, with a specific tour for each page which takes you through the various parts of the feature. You’re able to start a tour by selecting the “Start tour” item underneath the “Help” main menu.

Though this is designed for new users, do take a quick look at the tour for each page - you may be introduced to something you hadn’t noticed before!

Thanks to everyone for your ongoing support - as always, please get in touch with us if you have any questions or comments.