The release also includes the ability to perform bulk actions on Transactions and Merchants, based on the actions which are performed when filtering. So where previously the only bulk actions available have been to categorize merchants and transactions and delete transactions, with this release you’ll be able to rename, delete, mark as transfer and categorize en-masse. Another long-awaited enhancement!

Some significant changes to the application database are required to get this feature live, so downtime of our application and database servers is required. We’ll be taking these servers offline for approximately 2 hours starting at 10am UTC, 3am PST, 10pm NZST on Monday the 24th September.

While we expect the required upgrades will take 2 hours, we are allowing a total of 3 hours of downtime. During this time, PocketSmith’s web and mobile applications will be inaccessible. We’ve targeted these times for the upgrade to occur as they are the lowest usage periods for the application.

We apologise in advance for the inconvenience caused by this downtime. Stay tuned to our Twitter account () for updates as we get back online following the upgrades.

Below are a couple of pre-release screenshots from the filtering and bulk actions features. Remember, not all the search options nor actions are displayed here! 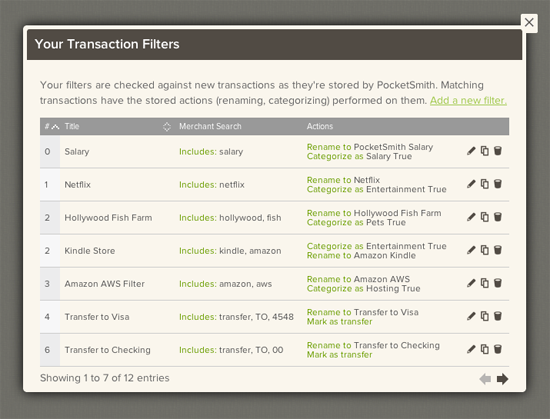 James’ transaction filter list, with more to be added! 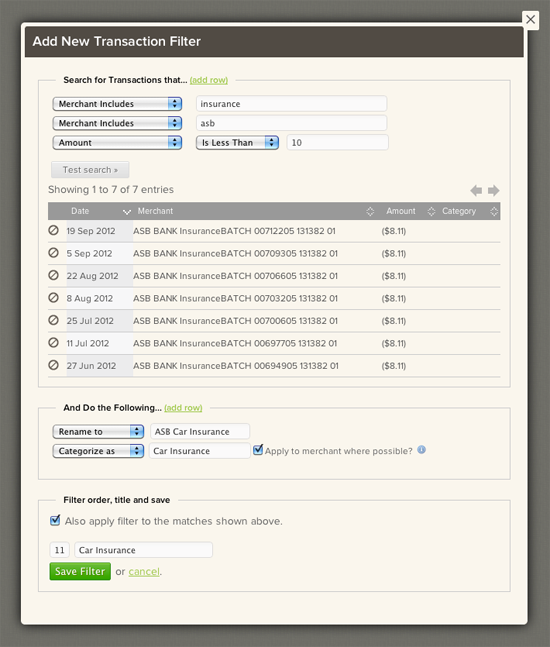 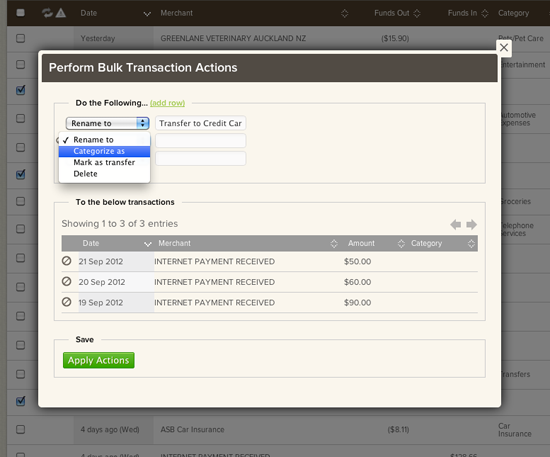 The new options for Bulk Actions available on both the Bank Statements and Merchants pages.

Hope that you’re looking forward to seeing this up and running as much as we are! The structure and thinking behind how we do this sort of filtering has taken a long time to refine. As a feature that has been in the back of our minds since we first launched the simplest of bank transaction imports back in September 2008, we’re very pleased with how it has shaped up, and can’t wait to get it into your hands!

We appreciate your patience while we perform the upgrades this coming Monday. The PocketSmith you’ll log into afterwards will be significantly more flexible than previous :)